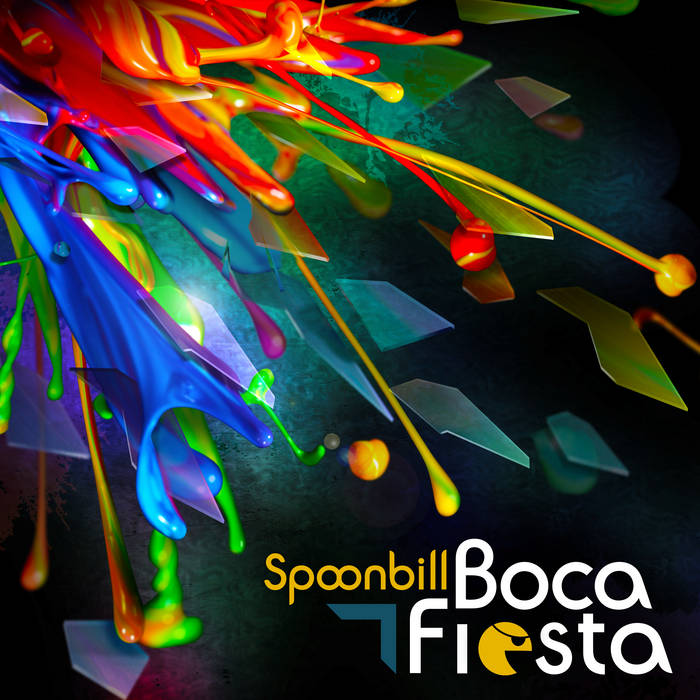 The true originator of dancefloor glitch from Australia, Melbourne musician Jim Moynihan morphs into a maniacal manipulator of samples and synthesis when he dons his Spoonbill cap. The glitch-funk producer is like Mardi Gras in a three-piece suit, like Beetlejuice as the ringmaster for an original P. T. Barnum circus, manufacturing a sound that could be seen as a condensed modernization of Looney Tunes mashed-up with steampunk and cutting edge futuristic sound design. As usual, Spoonbill's newest release Boca Fiesta is party from front to back, with astral projection to alternate dimensions in between.

Opening track "Big Dipper" employs a slick use of vocalizations, with whooping, cheering, and the usual party jive being morphed into a downshifting stomper with main stage bass with an audiophile's attention to detail. We really like it when Spoony pulls this type of magic out of his hat!

"Stacking The Feedback" is arguably the most accessible track on the EP. This Vibesquad assisted composition rides a synthetic cowbell, stringy melody, and lead line that wiggles over a plodding downtempo breakbeat. Funk sauce wrapped in a wet bassline bun, this delivery will feed your low end hunger.

"Pirate Squidbot" is a perfect summation of the Spoonbill aesthetic, being one of the weirdest sailing songs ever and an example of Moynihan truly letting his found sound freak flag fly. The track starts with the sounds of the sea, waves crashing against the hull of a creaking ship, eventually giving way to a sluggish, dubstep-like beat and dolphin meets dentist drill sample melding. A salty dog "arrr" or two are thrown in for good measure. By the time he interpolates the accordion-driven melody of the classic sea shanty "What Shall We Do with a Drunken Sailor," you know it's going to be played at all of your future pirate-themed parties, or whenever you feel like laughing yourself to a state of dance.

"Munstermec" closes the EP with Spoonbill at his funkiest. After a fiddle and acoustic guitar intro, with cooing female vocals, more electric guitar comes, and later some scat, trumpet, and a Clavinet-like keyboard solo. It has such a saucy, carnivalesque feel. If you've never heard Spoonbill before, this EP is the perfect place to start, and if you're already a fan, you probably skipped reading this altogether and just bought the thing. No one else does it like him.
credits
released February 1, 2013