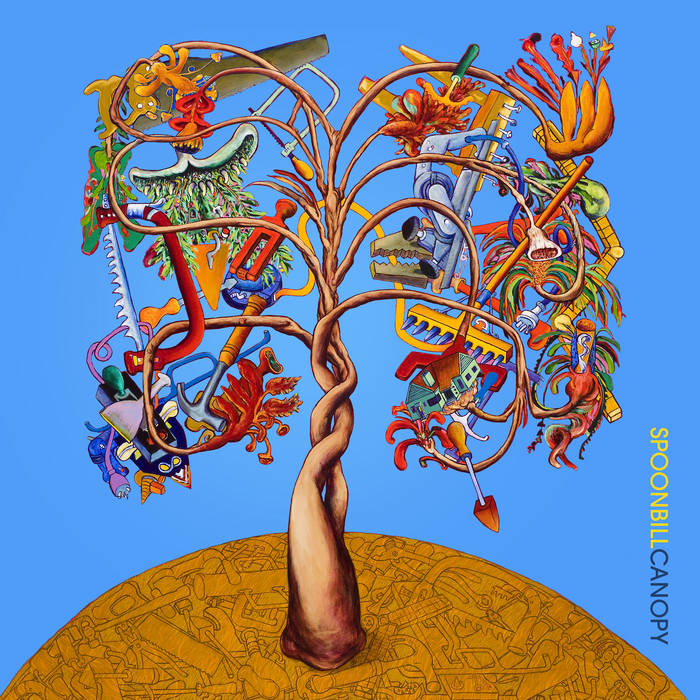 taooool Not sure what this is but I love it.

Waveweaver looking for that album that, no matter how much you cant believe it, each song just continues to be better than the last?

This is that album.

Listen2DopeTunes Spoonbill is alongside with Tipper, Opiuo, KOAN Sound, Griff and Vorso my favorite music producer of all time!
He once proves this with a beautiful crafted album with the unique Spoonbill groove!

This album will give you lots of joy and positve vibes on your journey.

errordnb spoonbill are creating the future from the past. the whole concept behind what she make escapes the classical perception of music.

After two years traversing the wilds of his imaginarium, sonic sorcerer Spoonbill returns with his fifth full length album, Canopy. An immersive experience of four-dimensional aural intrigue, the new release is Spoonbill personified, sophisticated and refined.

Known for his refusal to conform to any genre, Spoonbill again defies convention with a seminal work
of funky jazz infused, dub laced trip-hop wonkadelic electronica sound art. And, this time, there’s equal measures of maturity to quirk and a refinement to the eccentricity that defines Spoonbill’s flirtatious frequencies.

The renowned acoustic author invites listeners to frolic through a utopian kaleidoscope of cinematic textures featuring orchestral grooves, warbling horns, beguiling vocals and a fugue of instrumentals all layered within his signature warped sound design in an eminently danceable downbeat release.

This evolution of the Spoonbill, aka Jim Moynihan, sound is a natural progression from his previous album, Tinkerbox, that signalled a pivot from party tunes to cultivated compositions while still retaining a carnivale vibe.

Crafted in his mountain top Victorian studio, Canopy represents a slice of Spoonbill’s home where the sun filters light through treetops for as far as the eyes can see in all directions. Adding to the personal touch is the album cover artwork- a painting created by his father, Daniel Moynihan.

Elegant but cheeky, polished but witty, Canopy is another example of why Spoonbill is one of Australia’s favourite electronic producers and in constant demand on stages around the world.